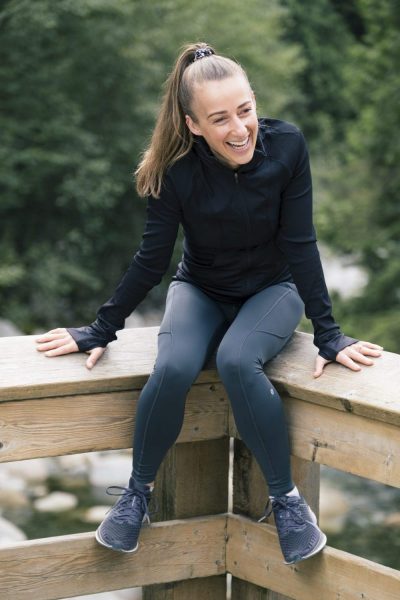 An accomplished lawyer working for the largest international law firm in the world, Samantha traded in her heels for running shoes and went out to change the world through highly collaborative social impact campaigns. With true grit, unrelenting focus and the willingness to create the next best plan in the face of chaos and change, she has created lasting impact.

Samantha was the first woman and the youngest person at the time, to complete the Four Deserts Grand Slam – one of the world’s toughest endurance competitions that spans 1000kms across the hottest, coldest, driest and windiest deserts on earth.

After years of pushing her mental and physical boundaries she now uses running as a vehicle for social change through advocacy; peer to peer fundraising and integrated digital campaigns. Sam has now raised $1.4 million dollars for charities through running & social impact campaigns.

In 2016, she became a Goodwill Ambassador for World Vision and used her growing platform and endurance experience to raise awareness of the barriers to quality education for Indian children. 3200kms, 77 days and $150K later, she did just that.

In June, 2021 she brought back the global virtual fundraising event, Relief Run, to raise funds for the people and communities of India devastated by COVID-19. The event galvanised thousands of people across the world from more than 40 countries, raising more than $340,000.

She is featured in two award winning documentaries – Desert Runners and Run India; was a delegate for the Australia and India Youth Dialogue conference; has a publishing contract with Macmillan; is a Global Ambassador for Lululemon; is a Pride of Australia nominee and finalist in the Women’s Agenda leadership awards in the Agenda Setter and Inspirational Leaders category. Samantha met her husband Mark Wales (former SAS Troop Commander) on the set of Australian Survivor in 2017. They now have a three-year-old called Harry.

eckfactor met Samantha Gash and her husband on location for The World’s Toughest Race, a 10-part expedition series for Amazon Prime, hosted by Bear Grylls. While eckfactor worked behind-the-scenes managing international media,  Samantha led a team of three men (including her husband) in the race.  Sixty six teams from 30 countries raced non-stop for 11 days, 24 hours a day, across 671km of rugged Fijian terrain complete with mountains, jungles, rivers, and ocean.

Samantha Gash invited Karen Eck on the inaugural “Her Trails” trip to the Northern Territory. Together with eight women, they travelled on country to hike, listen and learn. The experience is now available for women across Australia. You can learn more at www.hertrails.com

SAMANTHA GASH IS AVAILABLE FOR MEDIA AND BRAND OPPORTUNITIES.

You can find out more about Sam and her extraordinary achievements at www.samanthagash.com 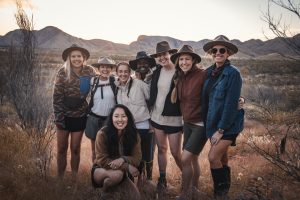 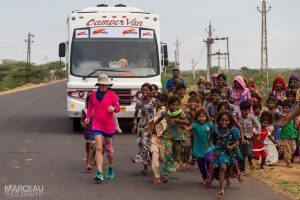 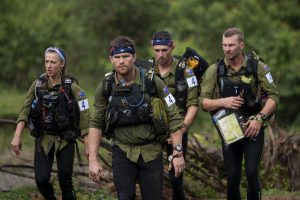 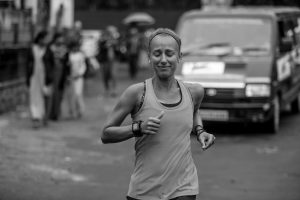 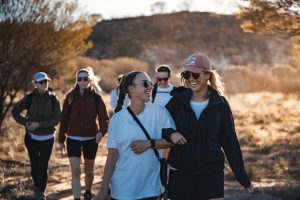