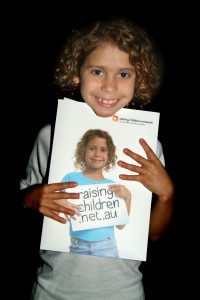 The Raising Children Network engaged eckfactor to launch its groundbreaking website, raisingchildren.net.au, at the Powerhouse Museum in Sydney. This site is the complete resource for parenting, from newborns to teens.
The eckfactor drive generated an estimated $880,000 worth of publicity value for RCN, including a five-page spread in The Australian Women’s Weekly, a double-page spread in New Idea, and interviews on the Today Show, Mornings with Kerri-Anne, and a widely syndicated interview on radio legend John Laws’ program.
eckfactor was also engaged for the media campaign for the Raising Children DVD at the Museum of Contemporary Art in Sydney, which was launched by then Prime Minister John Howard. His announcement that the DVD would be available free to all new parents received widespread media coverage.
It is estimated that the DVD media campaign generated nearly $600,000 worth of editorial value. Stories appeared in all major Australian papers including The Australian, The Sydney Morning Herald, Sydney’s Daily Telegraph and Sunday Telegraph, Brisbane’s Courier Mail and Sunday Mail, Melbourne’s Herald Sun and Perth’s Sunday Times. Television coverage included Sunrise, ABC News, and 9AM with David & Kim, plus another interview with John Laws.